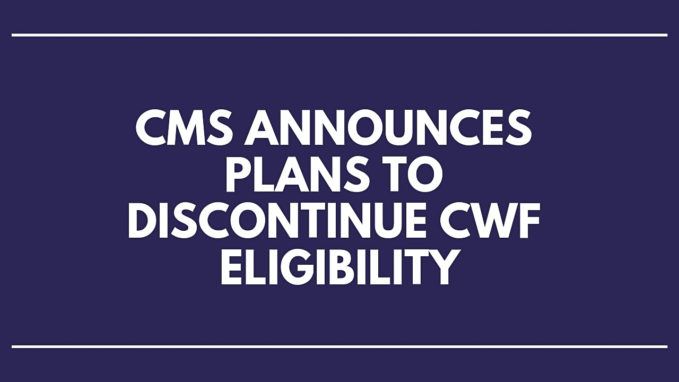 CMS sent out the announcement below on 12/7/2018 regarding the phasing out of the Common Working File for eligibility. It’s taken 6 years but CMS finally feels they have data parity between their X12 eligibility solution and the common working file. The phase out is scheduled to begin in Summer 2019.

In December 2012, CMS announced plans to discontinue the Common Working File (CWF) beneficiary health insurance eligibility transactions (MLN Matters® Special Edition Article SE1249).  In that same article, CMS also announced the HIPAA Eligibility Transaction System (HETS) would be the single source for this data. CMS subsequently delayed this effort based on feedback about the differences in data returned between the two systems and the one-year limit to HETS historical search capability. CMS resolved these issues and is moving forward to phase-out the CWF beneficiary health insurance eligibility transactions. This will address inefficiencies of maintaining two different systems returning the same data.

Beginning in the summer of 2019, CMS plans to terminate access to CWF eligibility queries for those who already utilize HETS. If you currently use both CWF and HETS to get Medicare beneficiary health insurance eligibility information, you should immediately begin to use HETS exclusively.